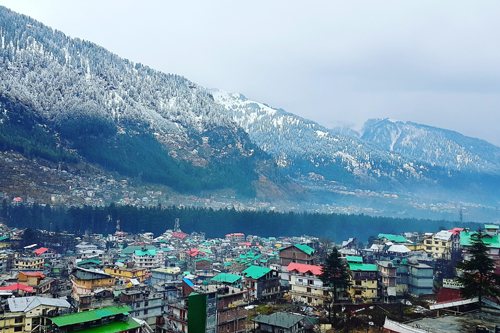 Manali is a happening destination located in Himachal Pradesh, roughly around 540 km from the national capital, New Delhi and is a popular destination among all types to travelers. The location of this place, soothing climate and its proximity to the national capital makes it a place which is flooded with tourists round the year. Gushing waters of the Beas River and striking apple orchards takes you close to nature in its pure form.

Tour packages to Manali allows you to relax and rejuvenate in the lap of nature as there are many places of interest and activities that one can enjoy as part of Manali tour packages. Hadimba Temple, Jogni Waterfall, Vashishth Temple, Manikaran Sahib, Kasol, Pandoh Dam and Prashar Lake are some of the more popularly visited destinations in and around Manali.

Tour packages for adventure seekers and trekkers are easily available. There are a number of trekking packages that start and culminate in Manali. The most common ones are:

Tour packages to Manali can be availed in any season as this place a lot to offer in all weather conditions.

HOW TO REACH MANALI